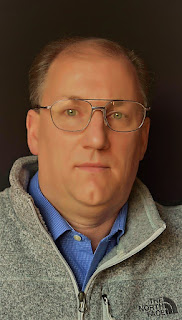 Nothing changes a destiny like a supernatural awakening into the ascended life!  Though walking with God since the early 1970s, in 2001, author and teacher Don Felumlee was instantly transformed as the heartfelt words of the apostle Paul met their abrupt, personal fulfillment, and his eyes of understanding were suddenly opened!  Today, some fifteen years later, after constant devotion and dedicated study of multiple apostolic truths, his eternal purpose and calling has grown ever so abundantly clear: to become a third-day battering ram against the lifeless traditions of present-day Christendom so that the image of God can be gloriously reformed within every believer!  Though holding a bachelor's degree in education from The Ohio State University and a diploma of completion from the Rhema Bible Correspondence Program in Tulsa, Oklahoma, Don will be the first to admit that neither of these accomplishments even remotely compare to the liberating insights of the awaiting open heavens!  "The enemy doesn't care one bit about what you believe, as long as it's not obtainable until sometime in your future!" he often states.  "What Satan is most afraid of, is that sooner or later, every believer will ultimately discover the power of the Kingdom in the right here and now!"  He, his wife, Stacy, and their six, loving children currently reside in the small, historic village of Waynesville, Ohio.

© 2017 - 2021 Author: The Splitting of the Adam, Its Time to Awaken! - All Rights Reserved.
Church Websites | Ministry Websites by NetMinistry.